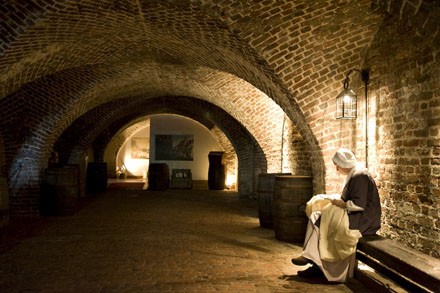 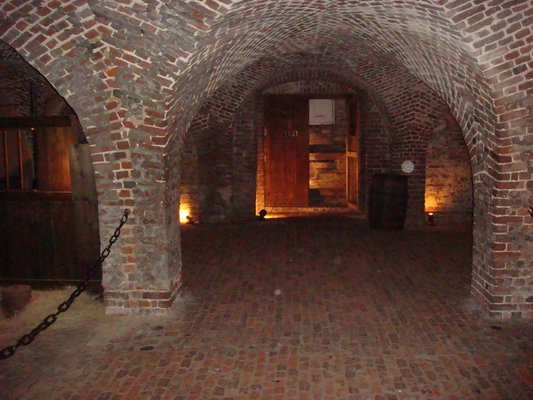 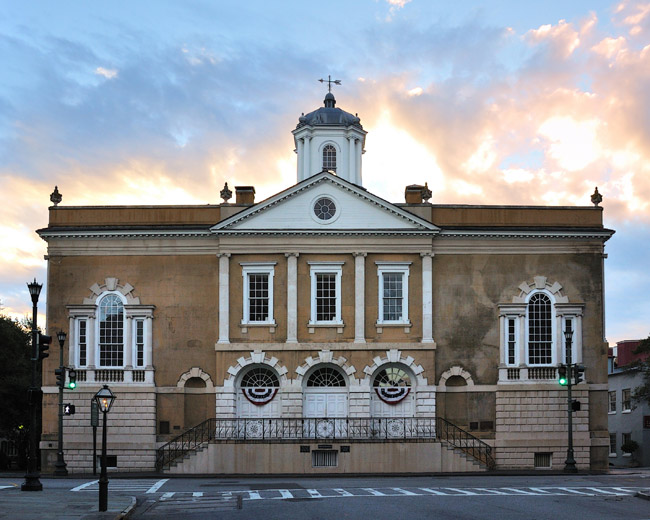 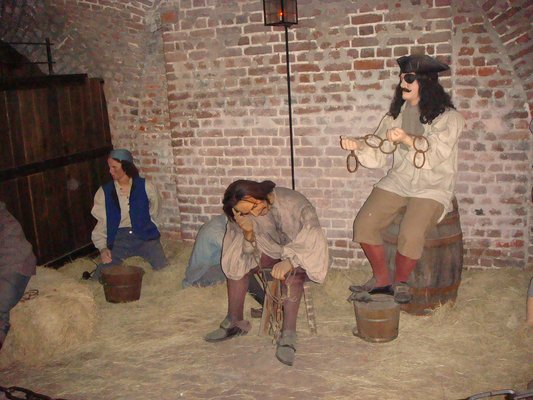 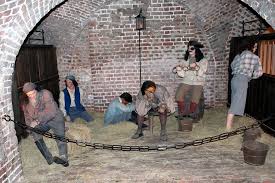 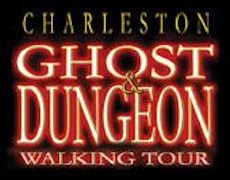 Share This +
The Haunted Old Exchange & Provost Dungeon
The History
At the intersection of Broad Street and East Bay Street, sits one of the most historically significant buildings in the country–The Old Exchange Building. This majestic, Palladian-style building was built by the British in 1774 at 122 East Bay Street.  It was used as a customhouse and mercantile exchange, and served as the political and cultural center of Charles Towne. The building is steeped in American history.  It was here that the Declaration of Independence was publicly read to South Carolinians.  Here, South Carolina ratified the U.S. Constitution.  Here, George Washington held banquets in the Great Hall.  And here, below the high polish of the hardwood floors, natural light, and Revolution-era beauty, lies a place where prisoners were subject to unspeakable tortures.The Provost Dungeon predates the Old Exchange Building by almost a century.  From 1680 to 1767, Charleston was a walled city to protect the prosperous town from all sorts of invaders–British, Spanish, and pirates.  The Court of Guard building originally sat atop the dungeon, but was demolished, and the remaining seawall lowered in 1767.  When you enter the dungeon, you can still see what’s left of the original wall.
Under British control, patriots were chained to the walls of the dungeon alongside pirates and marauders, and left to die from disease, injury, parasites, and rats. Because it was below the water line, the dungeon sometimes flooded, drowning the captives.  The dead were often left with the living, putrefying in the stifling, humid, stale air.
The Hauntings
The whole building is allegedly haunted, though the specters upstairs in the Old Exchange are typically far less aggressive.  Because the staff wears Revolution-period clothing, it’s sometimes difficult to tell the living from the dead.  Visitors have reported approaching who they believe is a staff member, only to watch in horror as the “staff’ disappears when addressed. In the dungeon, reports include the usual ghostly occurrences–moans, cries, screams.  Some have seen chains that restrict visitor entry being tugged or pulled.  A few, unlucky visitors have been pushed and even choked.
The Old Exchange and Provost Dungeon is open to the public every day from 9:00 to 5:00.  If you want to get the full  experience and hear some real ghostly accounts of what took place in this dungeon, contact the exclusive Bulldog Tours (you will find them listed in our app) for an after-hours visit.  You won’t forget it.
Address
The Old Exchange & Provost Dungeon
122 East Bay Street
Charleston, SC 29401
MAP
Telephone
843-727-2165
Visit their Website