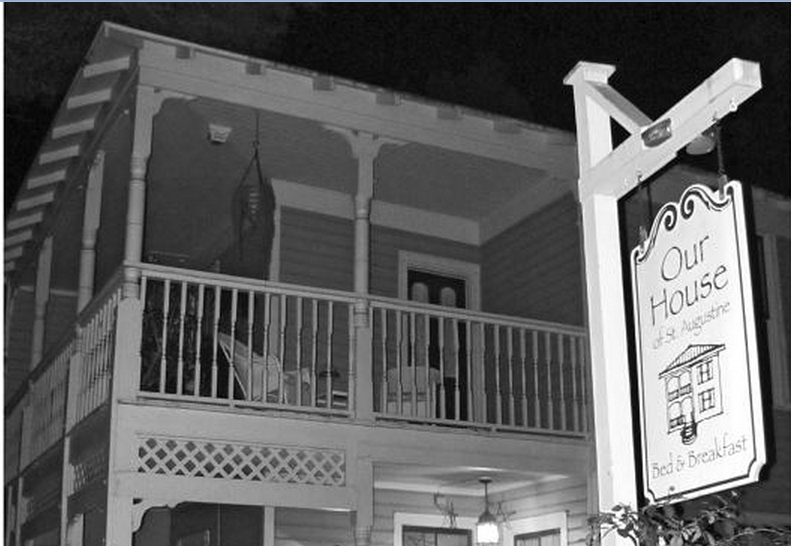 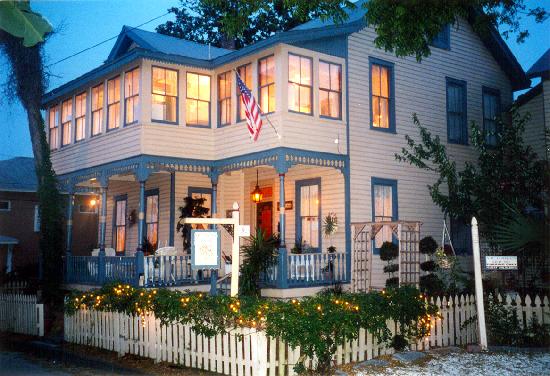 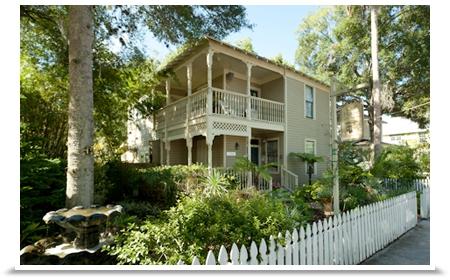 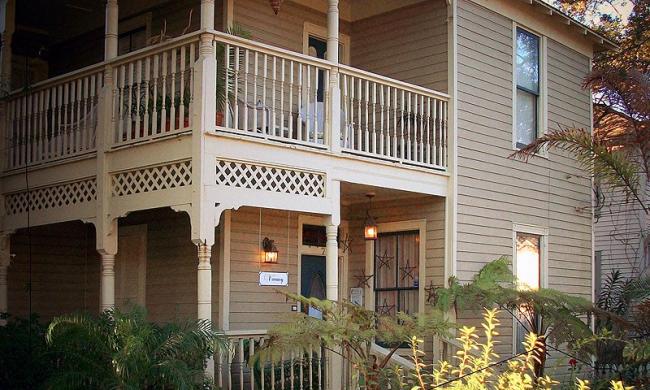 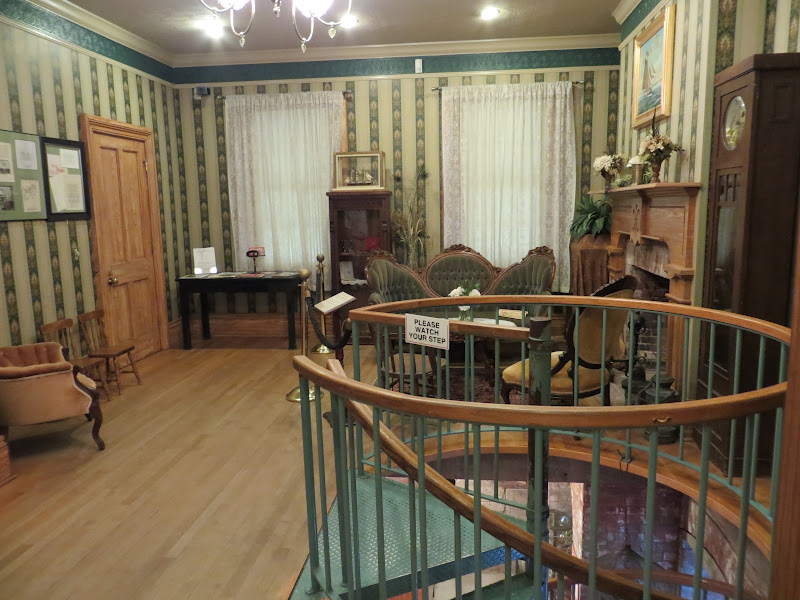 Share This +
​The Haunted Our House of St Augustine Bed and Breakfast
The History
The Avera-Clarke House was built in 1890 by Judge Thomas Clarke, a civil war veteran, who fought in the Battle for Atlanta. After the Civil War ended, he studied law in Georgia, came to Monticello in the late 1800s to open a law practice, was a signer on the Second Florida Constitution, and founded the Farmers and Merchants Bank. (FMB is still thriving and one of the oldest independent banks in Florida.) His son, S.D.Clarke, also became a Judge and was the last Clarke to occupy the House. S.D. Clarke was President of the Florida Senate for many years during the mid 1900s and ran the "Pork Chop" Gang in Florida politics.
The history of Our House Bed and Breakfast dates back to the late 19th century, starting when the land it sits on dates back to the second Spanish period between 1784 and 1821. Parker C. Alden, a shop painter employed  with the (Henry) Flagler's East Coast Company, is believed to be one of the first inhabitants. The Aldens were a typical middle class, hardworking family. During the 1930s, the home was occupied. During the 1960s the building fell into disrepair finally condemned in 1978. Just before it was demolished, a physician named M.E. Morrow purchased the home and lovelinglly restored it. By the late 1980s, it was transformed back to its former glory.
Dave Brezing, a former editor with the USA Today News, moved to St. Augustine and purchased the home in 2001. His aspiration was to turn into a bed and breakfast. In 2005, he purchased the home next door and combined the two homes, creating a unique inn that stands out in the ancient city's lineup of grand locations to stay.
The Hauntings
Ghostly events began to manifest when Dave was restoring the property before its grand opening in 2002. He started hearing knocking sounds (from the front door) when no one was there. Sometimes noises will come from within the walls and ceiling areas. Shadowy images may be seen, with presentation of misty figures walking past open doors. On occasion, dark shapes will appear in mirrors throughout the inn.
According to owner, staff and guests, most of the ghostly activity occurs in the Greenhave Room on the second floor. Also known as the Angel Room, due to its former wallpaper, is believed to have once belonged to one of Parker C. Alden's daughters more than 100 years ago. Full bodied apparitions have been observed by several guests here over the years, always accompanied by prophetic dreams and overtly positive feelings.
The inn has been host to a few paranormal researchers over the years who have conducted investigations that confirm the presence of the paranormal.
ADDRESS
Our House Bed & Breakfast
7 Cincinnati Ave
St Augustine, FL 32084
MAP
Visit their WEBSITE
Phone
904-347-6260
Email
StayAtOurHouse@gmail.com
~~~~~    ~~~~~    ~~~~~    ~~~~~    ~~~~~
Want to find your next ghost hunt destination?
Go to our Interactive Google Map displaying hundreds of
additional haunted places to visit all over the USA!
Let us know about another haunted place to add to our list!
CLICK HERE!