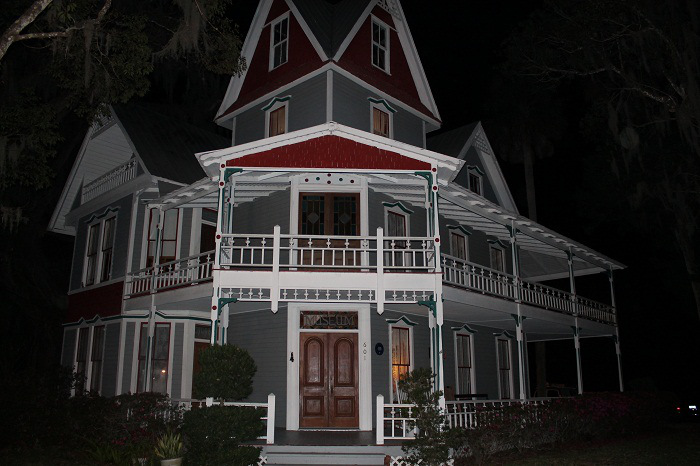 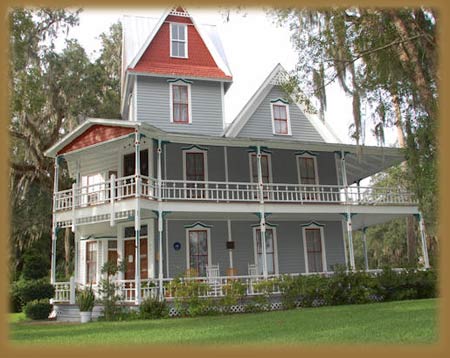 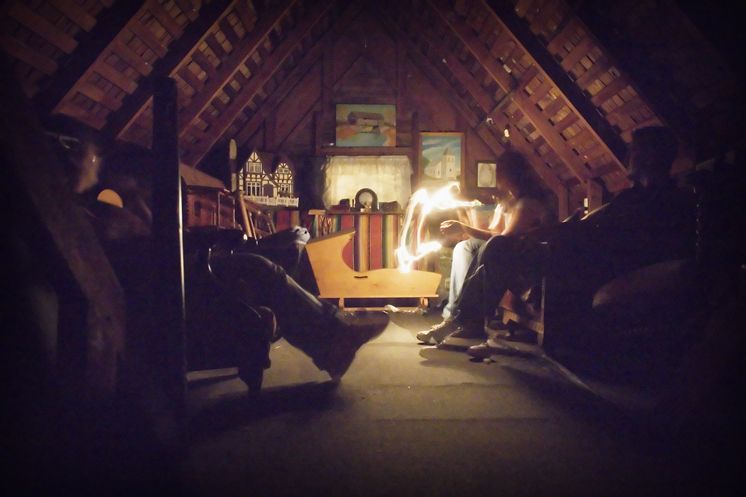 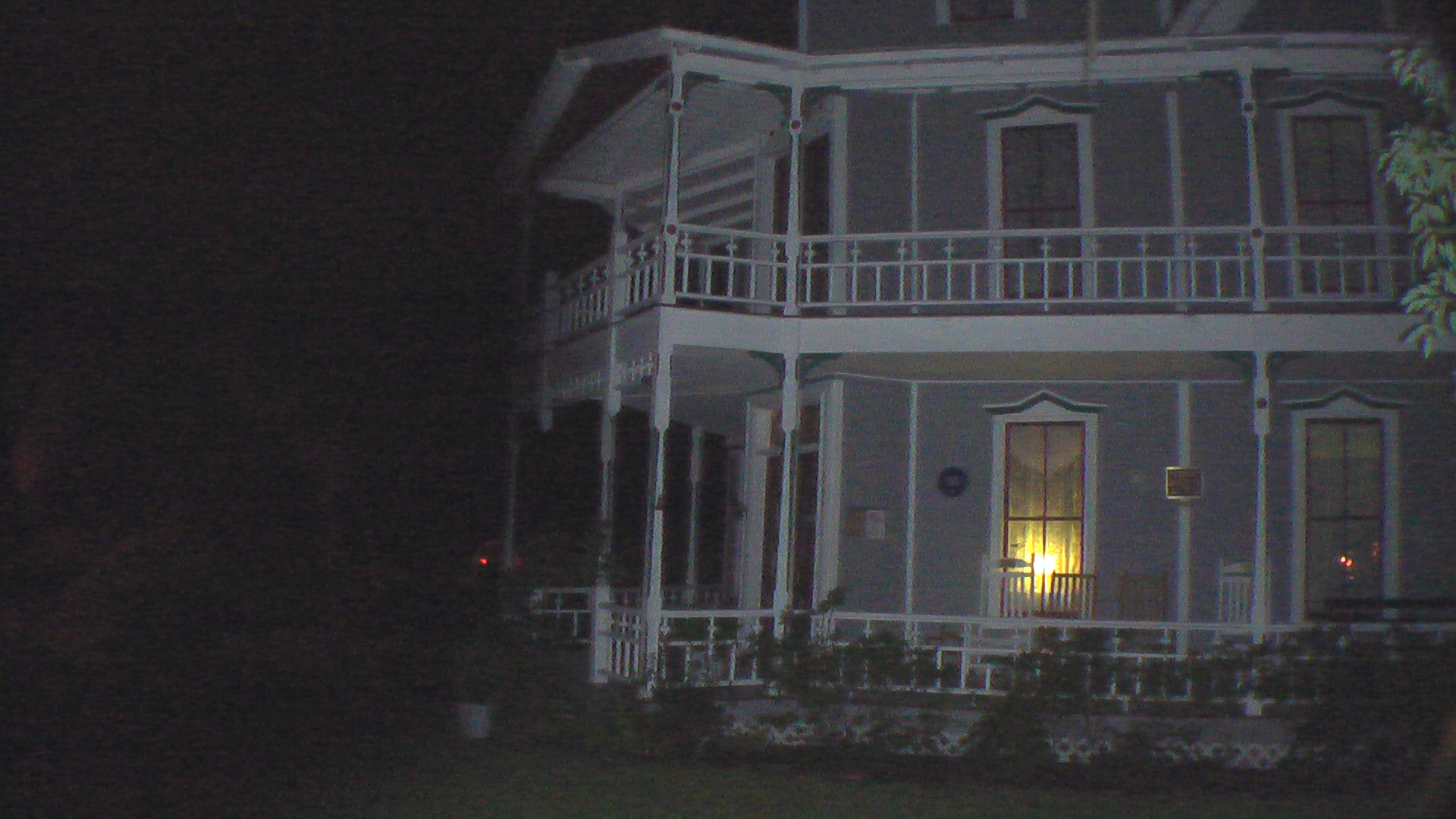 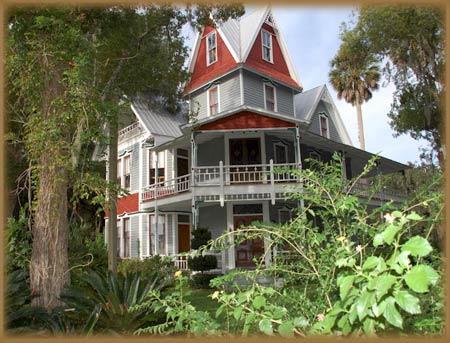 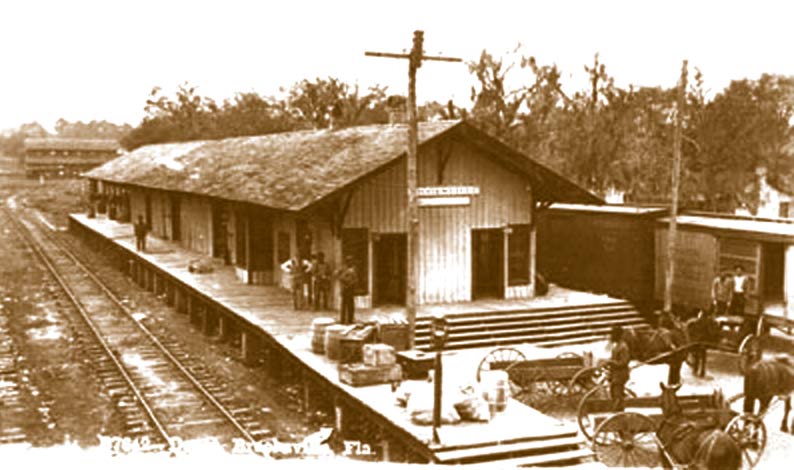 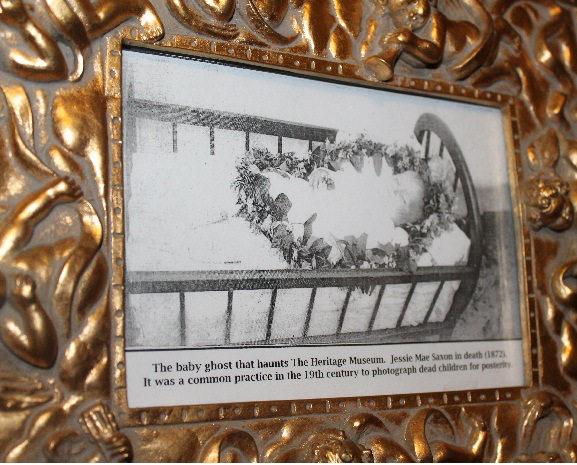 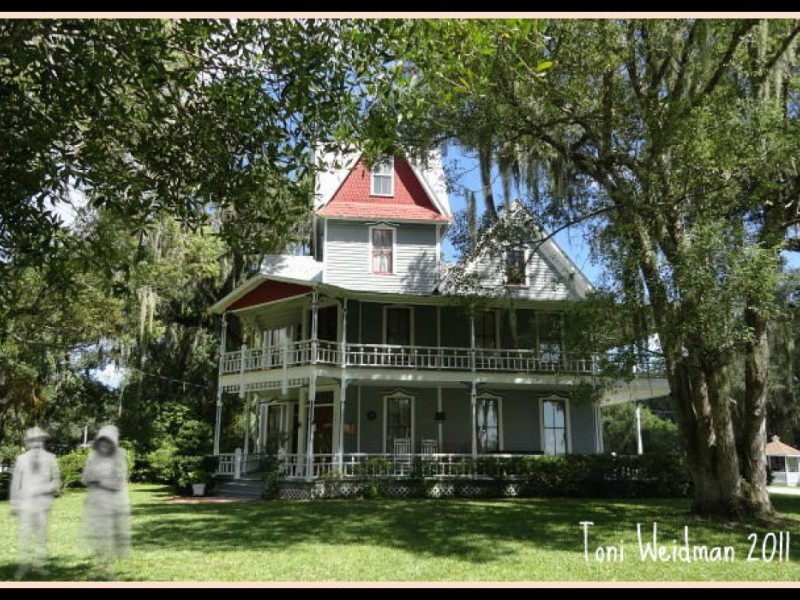 Share This +
The Haunted May Stringer House
The History
In 1855, a contractor named John L. May purchased the Brooksville property and built a home for his family. John lived in the simple four-room house with his wife, Marena, and their daughters, Matilda and Annie, until tuberculosis took his life three years later. Marena remained in the home throughout the Civil War and eventually married Confederate hero Frank Saxon. She died giving birth to the couple’s child, a girl named Jessie Mae, in 1869. Jessie survived her birth but died of unknown causes three years later. Marena and Jessie were buried on the property, as were John May and the infant son of Frank and Marena, a detail which fuels many rumors about the May-Stringer haunting.After Marena died, Frank Saxon sold the home, and the property eventually made its way to Dr. Sheldon Stringer. The doctor added ten rooms to the house which he shared with his wife and three children. The estate also served as the doctor’s practice, and, some say, a sanatorium catering to victims of smallpox and yellow fever. After the death of the Stringers, the house passed from one owner to another until The Hernando Historical Museum Association acquired the mansion in 1980 and began extensive restoration work. Today, the May-Stringer House is a museum listed on the National Register of Historic Places.
The Hauntings
According to the staff, weird things started happening at the homw right away. Restoration volunteers heard footsteps and voices in empty rooms. Workers noticed cold spots, mists, and eerie shadows. On more than one occasion, the sound of children’s laughter rang throughout the home, though kids weren’t allowed at the work site. The strange events persist today, with guides reporting moving shadows, glowing orbs of light, and the sound of a wailing child. Many believe the child is Jessie Mae, a lost spirit calling out for the mother she never knew. LeTourneau has heard the wails herself, a sound she describes as chilling.
In addition, the Brooksville Historical Train Depot is operated by the Hernando Heritage Museum. Both are said to be very active and open for ghost tours or private investigation bookings for a donation fee.
Address
May-Stringer House Museum
601 Museum Court,
Brooksville, FL 34601
Telephone
352-799-0129
E-Mail
info@hernandohistoricalmuseumassoc.com
MAP
Visit their Website
~~~~~    ~~~~~    ~~~~~    ~~~~~    ~~~~~
Want to find your next ghost hunt destination?
Go to our Interactive Google Map displaying hundreds of
additional haunted places to visit all over the USA!
Let us know about another haunted place to add to our list!
CLICK HERE!