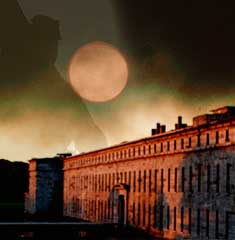 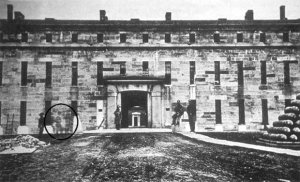 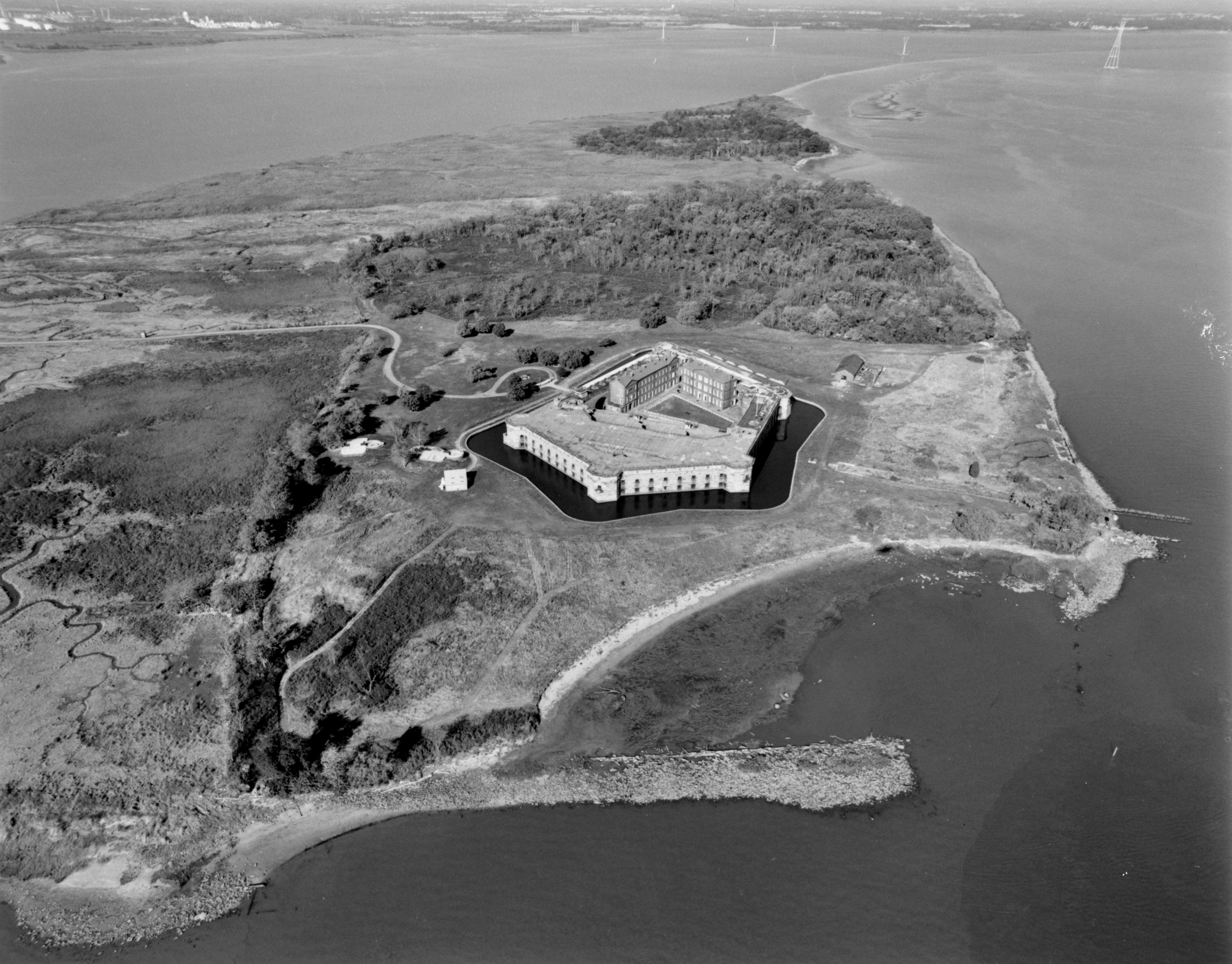 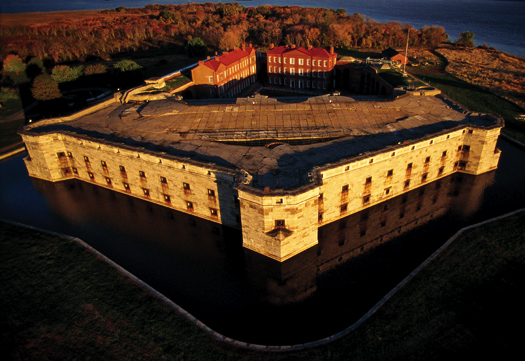 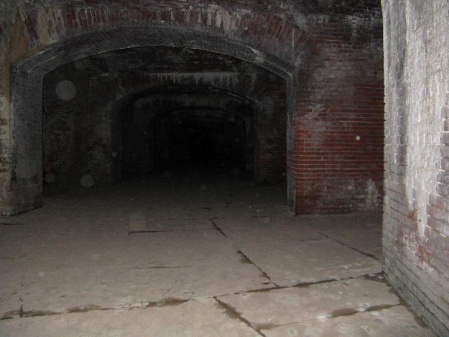 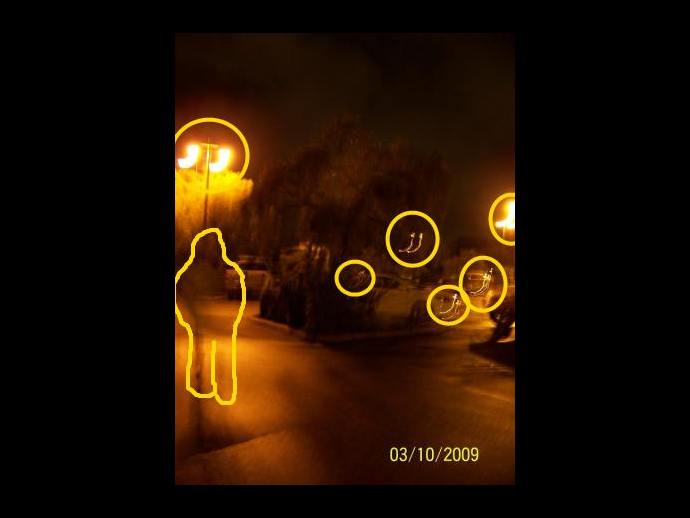 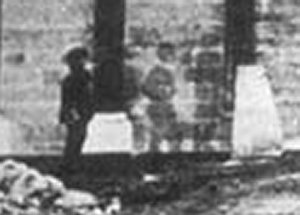 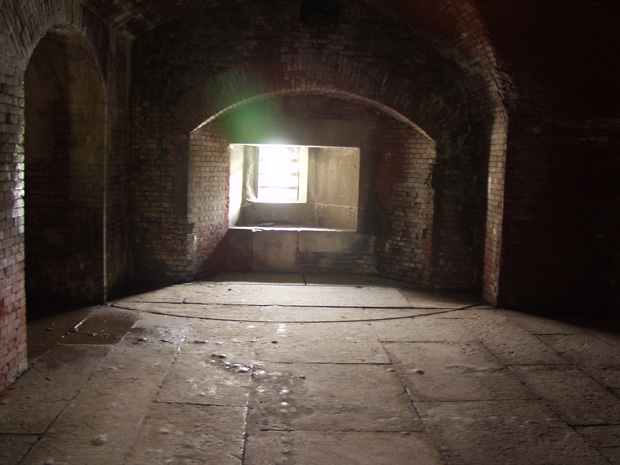 Share This +
​The Haunted Fort Delaware
The History
Fort Delaware, sitting in the middle of the Delaware River, possesses a rich Civil War history (serving as a prison for Confederate soldiers) and an unworldly populace. Fort Delaware was never meant to be a prisoner-of-war facility, said George Contant, Fort Delaware historic site manager. It was meant to be an armed defender of Philadelphia and Wilmington. As the South was never able to fight at the site, the fort's mission changed from that of a garrison to a prisoner-of-war camp.
In 1862, construction began on a complex that was to sit outside the fort and incarcerate 10,000 people. By April 1864, Contant said, hundreds had died from malaria and dysentery. By the end of the war, 33,000 prisoners had stepped foot onto the island; 3,200 left in a box.  With all these sad historical occurrences, one would find hard to debate why many describe Fort Delaware as one of the most actively haunted locations in Delaware.
The Hauntings
Restless souls seem to be the only inhabitants of the former prison and lure believers and skeptics inside its brick-and-granite walls. A female (thought to be one of the costumed re-enactors) appeared in the Officer's Kitchen and observed what ACTUAL re-enactment workers were doing. The apparition, dressed in Civil War era clothing, nodded her approval and disappeared into the corner walls. In 2005, a visitor captured that same apparition through a camera lens.The print shows the outline of a woman dressed in black. The photo remains on loan by the owner to the fort. But the hair-raising shot doesn’t stop there. George Contant, the fort’s historic site manager, went to buy a frame for the photo in a Dover store. As Contant went through the checkout line, a corner of the frame suddenly broke off without anyone touching it and flew across the room. The cashier was so upset, Contant said, that she left her register. That same frame – minus the corner – surrounds the photo of the apparition.  It is also believed it is the same woman who has been known to address people by name, angrily telling them to "get out!"
Other reports include sightings of a Confederate soldier, sounds of unexplained sounds and the disembodied laughter from a little girl. Visitors and fort employees have also reported seeing a bearded man in a gray uniform in a cell that was used as a solitary confinement. It is believed to be James Jay Archer, an officer that was imprisoned. History tells us that he was a prisoner that was given more comfortable quarters than prisoners who were enlisted men. Upon defaulting on a promise never to attempt an escape in return for more liberties, Archer was sentenced to solitary confinement in a powder magazine on the southern end of the fort. There he became deathly ill, shortly dieing in Richmond Virginia.
The fort "is much the same as it was 150 years ago,” said regional author and tour co-leader Ed Okonowicz. “There is no electricity and no vehicles except the [visitors’] tram. It puts you into another time.”  The fort hosts Candlelight Ghost Tours, which provide visitors an opportunity for that close and unexplained encounter. Intrepid visitors tread cautiously through the shadowed belly of the fort while listening to historical, legendary and eerie tales. The program usually is offered on spring, summer and fall weekends. Several October dates are planned.
The Haunted Fort Delaware Tour
These tours offer more entertainment and haunting than history. The 90-minute programs, leaving from Delaware City, are offered during specific dates (please call to verify their schedule).
Tickets are $22 a person. Ferry rides to the fort are $6, ages 2-12 $4.
Address
The Delaware Fort
Pea Patch Island
Delaware City, Delaware 19706
ALERT:
In order for visitors to go to the Fort Delaware,
visitors must take Ferry from the following location
45 Clinton Street
Delaware City, Delaware 19706
MAP
Phone for Reservations
302-834-7941
Visit their Website
~~~~~    ~~~~~    ~~~~~    ~~~~~    ~~~~~
Want to find your next ghost hunt destination?
Go to our Interactive Google Map displaying hundreds of
additional haunted places to visit all over the USA!
Let us know about another haunted place to add to our list!
CLICK HERE!