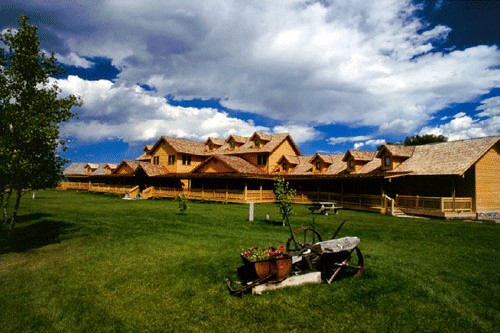 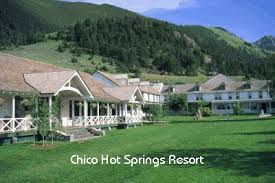 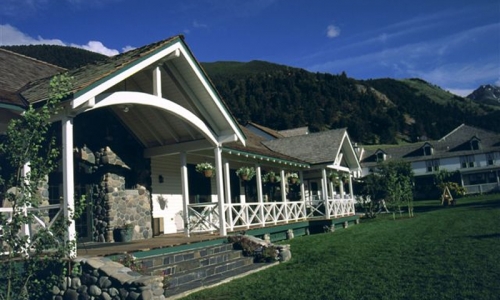 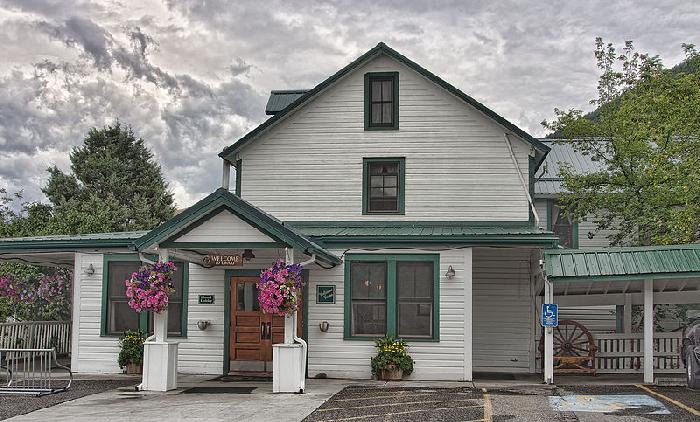 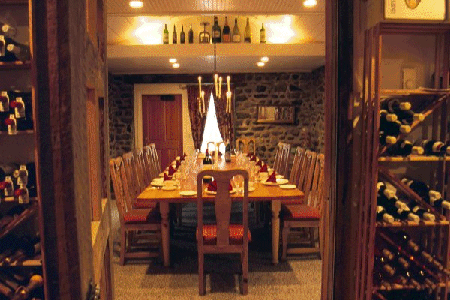 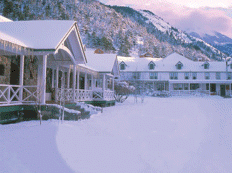 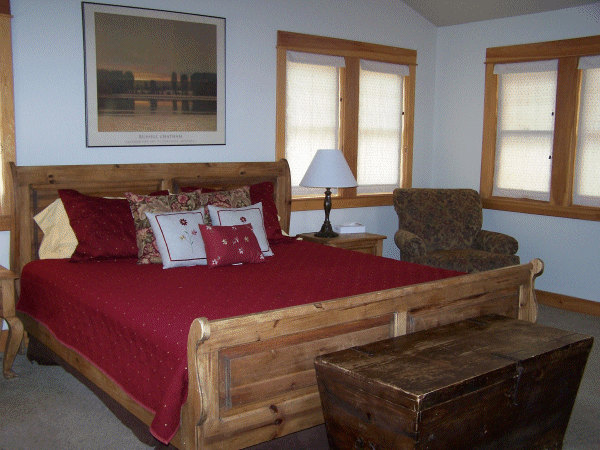 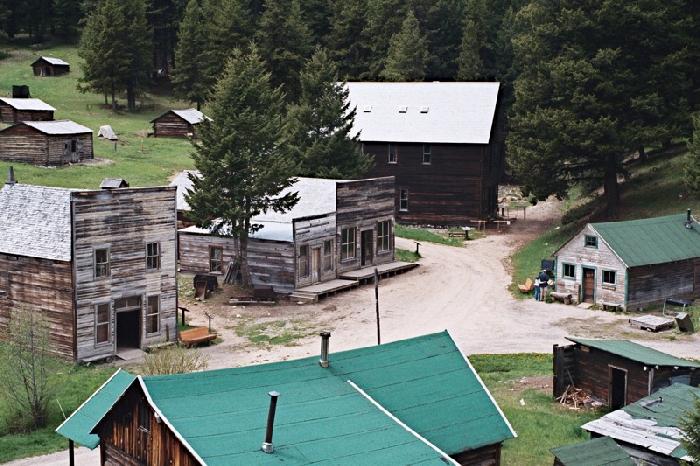 Share This +
​The Haunted Chico Hot Springs Resort & Day Spa
The History
Before even when the hotel was built, Native Americans were the first people to use the Hot Springs; they primarily used it for bathing and laundry. The first written record of the hot springs at Chico was in the diary of miner John S. Hackney, dated January 16, 1865. Then in the late 1890’s the hot springs flowed into two wooden tubs about four feet deep inside a small wooden building located where the hot springs come to the earth’s surface.  By the year 1876, the hot water was used for different purposes. Mr. Randall, also a miner, erected some hot houses for a garden he had planted. The hot water that flowed underneath his crops provided a prime growing environment
In 1900, a couple, Bill and Percie Knowles, built Chico Warm Springs Hotel. The inn consisted of a full service dining area, a 'plunge' pool, and a full service dining area. Mr. Knowles operated the hotel until his death on April 22, 1910. This left the widow Percie Knowles in charge of the hotel operations. Under her guidance, the hotel continued to flourish. She a hired a successful physician named Dr. George A. Townsend in June 1912. The doctor's fame spread at such a rate that the resort needed additional boarding. By 1916, a hospital wing of 20 rooms was added on to the hotel. On July 1, 1925, Dr. Townsend left his services at the Hot Springs behind, leaving Mrs. Knowles to run the hotel on her own. By the early 1930s, the hospital wing had been torn down due to decreasing business at the hotel. These challenging times took their toll on Mrs. Knowles' health, and she left the operations in the late 1930s. Her son Radbourne and his wife Sophia took over the business.
All of the original buildings have deteriorated or been torn down, with the exception of the historic inn. Current owners Mike and Eva Art rebuilt the property in 1973 to what it is today. Some of the newer buildings consist of modern looking cabins and suites.
The Hauntings
The most famous ghost in Chico Hot Springs is the Lady in White. She has been making appearances and has been scaring guests for quite some time now.  Two hotel security guards witnessed the Lady in White near the piano on the third floor. They could only see the upper part of the ghost’s body.  The guards were able to take a picture of the ghost. However, the photo only revealed a tiny white orb where the ghost was.
In May 1986, two night watchmen at this resort hotel came upon the nebulous form of a young woman hovering near a piano in the third floor Lounge. Only the upper body of the white ghost appeared, the rest tailed down to nothing. The face of the peaceful apparition stared right at them for several minutes, enough time for one of the guards to grab a camera from a nearby table and snap a photograph. Only a tiny white spot on the film showed up where the ghost had stood. The same apparition had been seen by guests several times in the past, but this was the first time the Lady in White was photographed. In 1990, two other security guards followed the Lady in White from Lobby to the hallway leading to Room 349, where the presence has been reported by many employees and guests. An antique rocker in the room always ends up facing a window, no matter in which room it is placed. Other unexplainable things happening include an old family Bible that stays open on a wooden bench in the Attic and never collects any dust. The most likely cause for all the activity
would be Percie Knowles, the stubborn wife of the man who built the hotel in 1900. After her husband's 1910 demise, she changed it into a first-class healthcare center. She died in 1941, but her resilient spirit lives on.
ADDRESS
Chico Hot Springs Resort & Day Spa
163 Chico Road
Pray, MT 59065
MAP
Visit their WEBSITE
Phone
406-333-4933
Email
patty@lempmansion.com
Facebook
Resources:
Allstays.com
Chico Hot Springs Website
Wikepedia
Haunted Rooms:
~~~~~    ~~~~~    ~~~~~    ~~~~~    ~~~~~
Want to find your next ghost hunt destination?
Go to our Interactive Google Map displaying hundreds of
additional haunted places to visit all over the USA!
Let us know about another haunted place to add to our list!
CLICK HERE!