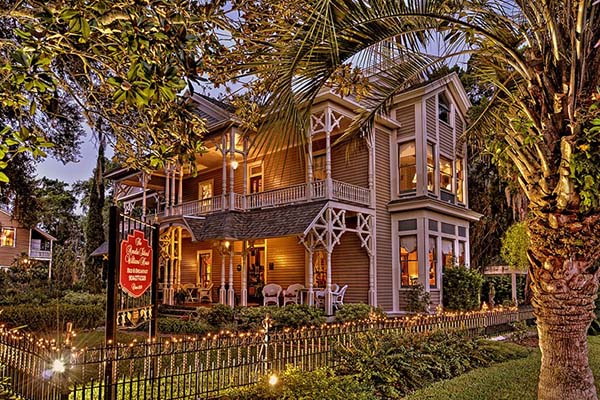 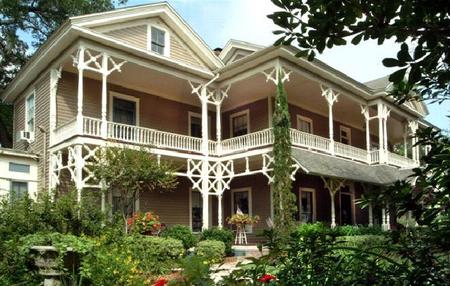 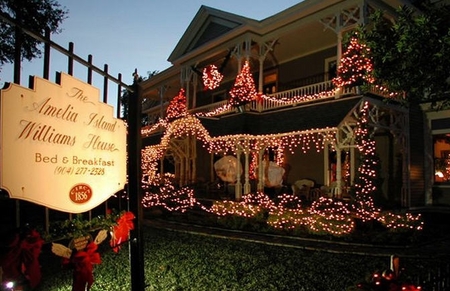 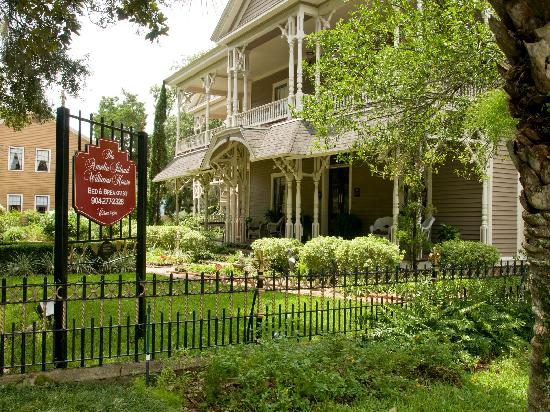 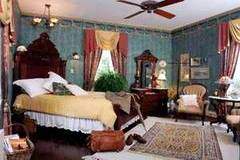 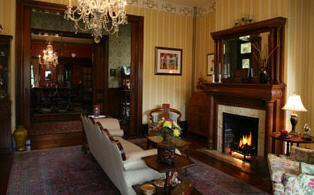 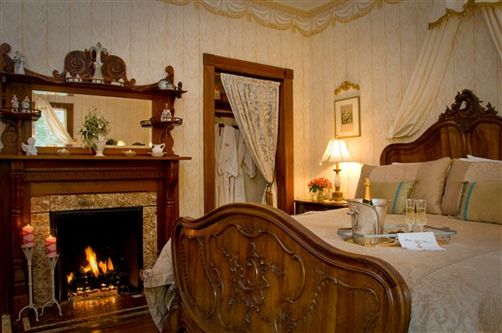 Share This +
​The Haunted Amelia Island Williams House
The History
The Williams House is one of the oldest and most historic homes in the town of Fernandina and has been named a Florida Heritage Landmark Site. Though built in 1856 by a wealthy Boston banker, it was purchased by Marcellus A. Williams in 1859 and it is for him that the house is named. Williams, a highly successful man was born in North Carolina in 1818. He married Emma Wightman and they had nine children.
Williams worked for the surveying firm of Lawrence Washington, a nephew of George Washington. The firm was deputized to survey Spanish Land grants in the state of Florida. One of his assignments was David Yulee’s railroad from Amelia Island to Cedar Key. Williams was one of the first to befriend the Seminole Indian Nation. Once his surveying days were over he partnered with Samuel Swann to locate and sell land for the state. In 1865, President Andrew Johnson appointed him Registrar of the Public Lands for the state of Florida. At the time of his death in 1888 Williams owned almost 400,000 acres in Florida. The Williams family occupied this home for over 100 years.
During the time that the Island flew under the flag of the Confederacy, Jefferson Davis, a friend of Williams was a guest in the house on many occasions. It is said that Davis stored some of his furniture and personal affects in the home. During the war the family moved to Waldo, Florida for their safety. When Union troops occupied Fernandina, they used the Williams House as headquarter and the Hearthstone as an infirmary. Williams, who had released his slaves prior to the war, upon his return to the island, became active in the Underground Railroad, offering a safe house for slaves. A secret room exists in the dining room that was used to hide them until safe to travel.
The Hauntings
There have been many reports of ghostly guest activity at the Amelia Island Williams House Bed and Breakfast. Most of these reports would suggest residual energies remain from happy visitors to perhaps the Williams’s gala events and gatherings. Many living guests of the inn have experienced the sounds of laughter and jovial conversations. The laughter and chatter seems to emanate from the downstairs area, especially the dining room. The exact details of the muffled exchanges remain a mystery, but the atmosphere of the house is always happy and cheerful.
Some of the spirits of past house guests have been seen as apparitions descending the staircase. A female apparition has actually been photographed numerous times in the mirror that hangs near the stairs. There have also been frequent reports of a man and woman staring, or making eye contact with the guests, and then suddenly vanishing before their eyes.
This type of activity has made the Amelia Island Williams House Bed and Breakfast popular with several national and local televised programs. It was featured in a WJCT documentary of the Ghosts of North Florida. At the time of the documentary, Chris Carter, co-owner of the Williams House, described incidents with guests waking in the middle of the night to discover ghostly figures watching them. Mr. Carter and other guests of the bed and breakfast have repeatedly described these paranormal encounters in a positive light with warm and inviting sensations and friendly interaction.
ADDRESS
The Amelia Island Williams House
103 S 9th Street
Fernandina Beach, Florida 32034
MAP
Visit their WEBSITE
Phone
904-277-2328
Email
info@williamshouse.com
Facebook
~~~~~    ~~~~~    ~~~~~    ~~~~~    ~~~~~
Want to find your next ghost hunt destination?
Go to our Interactive Google Map displaying hundreds of
additional haunted places to visit all over the USA!
Let us know about another haunted place to add to our list!
CLICK HERE!